About 22 miles to the south of us, nestled up against the foothills of the Beartooth Mountains, is the town of Red Lodge, our county seat.  The town was established in 1884 and before that had a long history of serving as a meeting place for the Crow (Apsa’alooka) Nation.  In 1897 the Sundance Kid robbed the local bank and the real life character John “Liver Eating” Johnston  (renamed Jeremiah Johnson in the 1972 movie starring Robert Redford)  served as constable of the town. This post, though, is not about the history of the town.

This is about the Christmas Stroll. Every year, during the first weekend of December, the town closes off the main street at night and it becomes a pedestrian mall, complete with fire pits for roasting marshmallows and s’mores.  All the stores are open and most provide snacks and drinks. 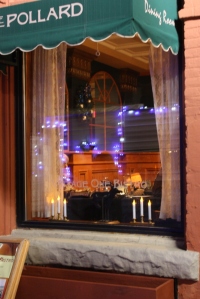 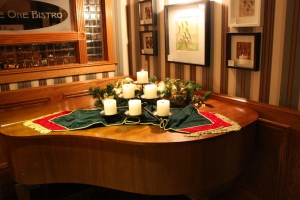 The Pollard Hotel was originally constructed in 1893 and restored in 1996.  When phone service came to the town, the original number assigned to the hotel was “1” and today it is “0001”.  Buffalo Bill Cody was a frequent guest, as was Calamity Jane. 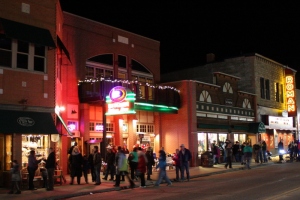 The Roman Theater was constructed in 1917 as a cinema and has the distinct honor of being the longest continually operating cinema still being used in the entire state.

Sisters on the Fly

The above restored RV belongs to one of the members of “Sisters on the Fly“.  A group of women whose passions are fly fishing, restoring RVs, and getting together to have fun.

Outside dining at the Carbon County Steakhouse. 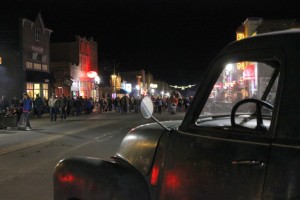 This old Chevy gets hauled out every year.  Probably one of the most photographed things in town that weekend, except for. 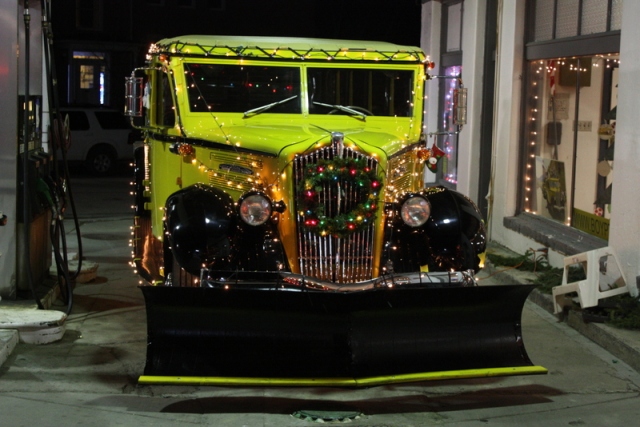 These buses operated in the park from the mid 1930’s through the 1960’s.  They are being restored and at least 8 are no operating in Yellowstone.