Photos…..Admit it, you want to see some! 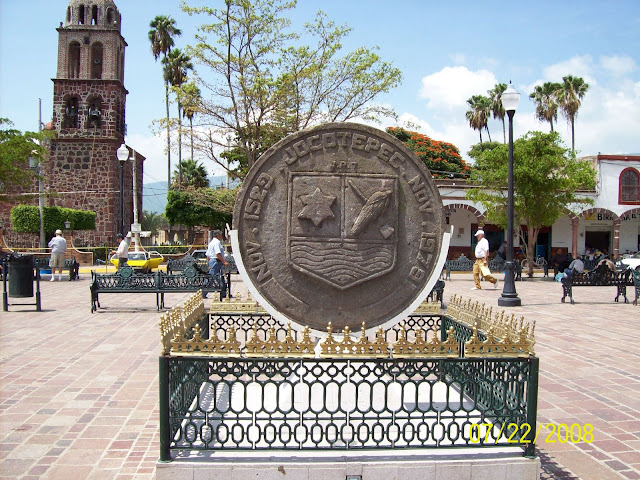 I  know that one of the things that folks like on blogs are photos.  I haven’t taken any new ones lately  because my camera is not working, but I did realize that I have some that you may not have seen before and might enjoy…..and which hopefully you will be able to see!

A few months after I moved down to Mexico more than five years ago, my then-landlords and friends, Tony and Georgia, took me up to Tlaquepaque for the weekend.  Tlaquepaque, while its own pueblo, is kind of in the middle of Guad.  (You’ll perhaps remember that Georgia and Tony let me stay in their “new” house in Tlaquepaque for a while at the end of my radiation, so that I wouldn’t have to make the daily drive from Jocotepec to the hospital daily.  The Virgin bless them!)

You’ll also perhaps remember that when my friends Linda and Ric were visiting me in June of this year, we spent some time up there.  Some things there have changed, but much is the same.

The main pedestrian walkway is the same.  Linda, Ric, Kathi, Warner, and I had lunch on this street in June of this year: 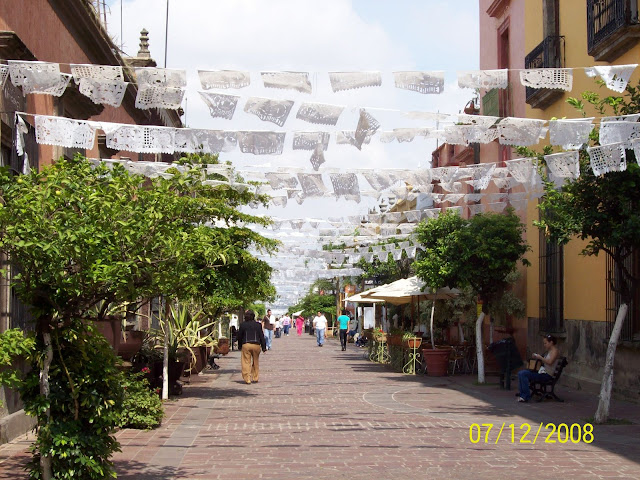 And Linda and I had our photo taken with this bronze mariachi that I had taken a photo of in July of 2008: 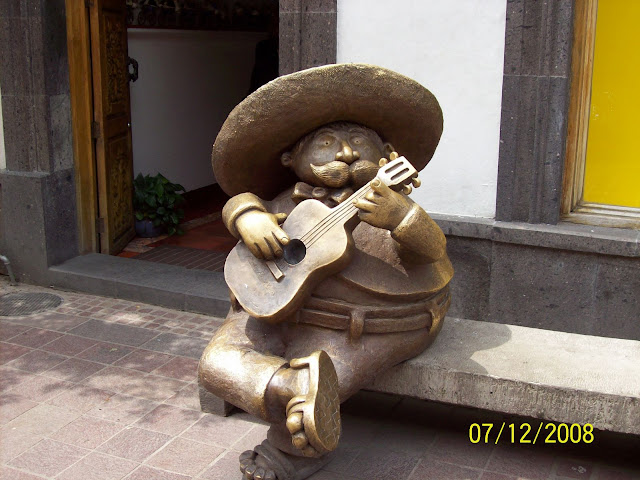 Linda took a photo of the outside of a shop which sells blouses, but I like mine better (only because there are more colors): 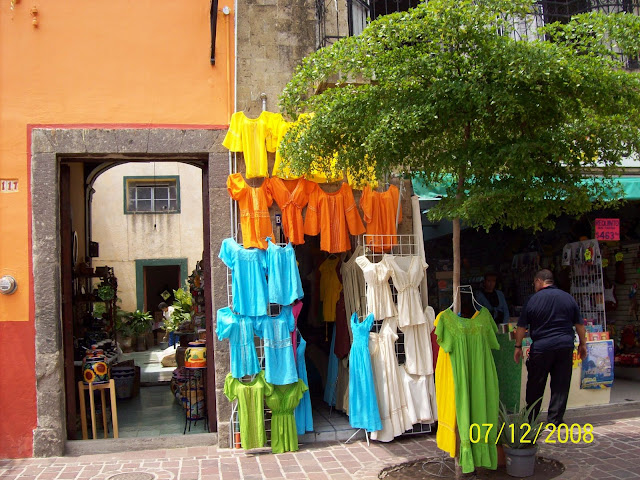 And here are some photos that I shot of Jocotepec (my Mexican home town) not long after I got here.  Again, it’s pretty much the same, although the trees around the plaza have grown up quite a bit. 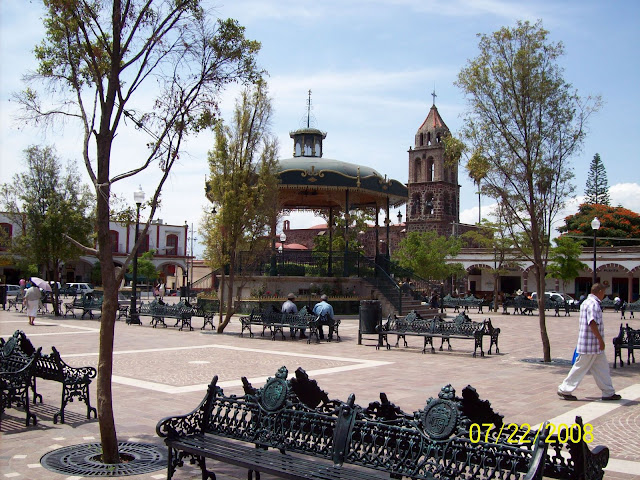 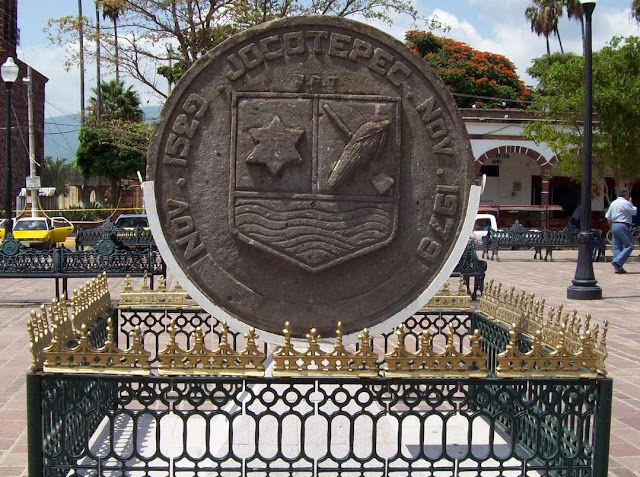 From this, you can see that Joco was “officially” founded in November of 1529 (yes, folks, FIFTEEN ninety-five), and that certain things have always been important to the locals.  I presume that the rippling lines at the bottom of the seal represent Lake Chapala, where Joco sits on the far western end, and the corn in the upper right-hand corner show the importance then and now of agriculture to the area.

But I gotta tell ya, the Star of David in the upper right-hand corner confuses me!  (Of course, I’m sure it’s not really a Star of David and I’ll do some more research, but, personally, I like it!)

And I’ve always been fond of these giant “planters” in the churchyard that “hold” the huge palm trees shown in the second shot: 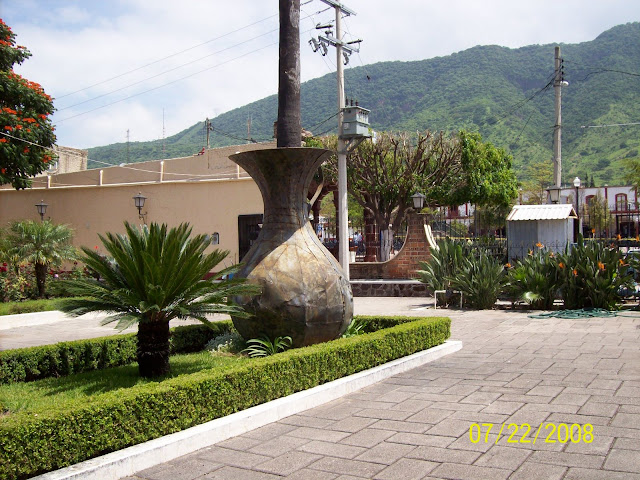 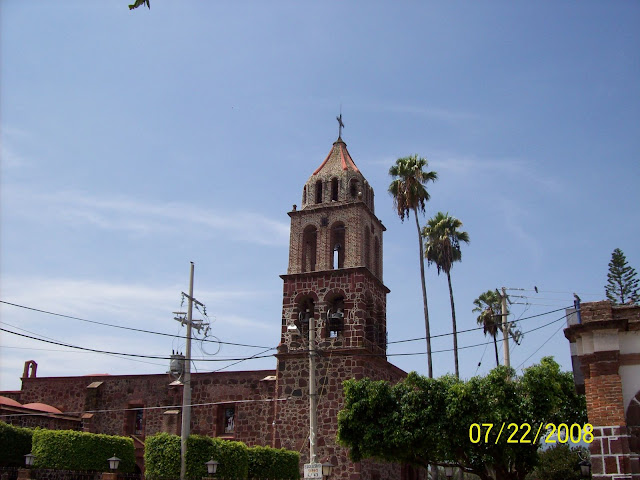 And Joco is still full of fruit and vegetable shops and stands that sell both unprepared and prepared versions of same: 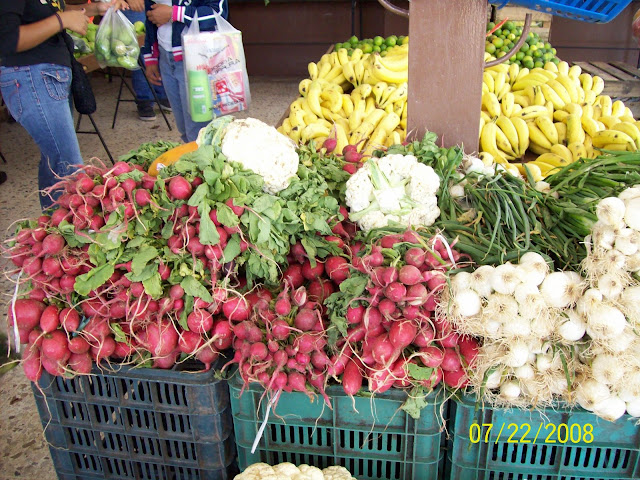 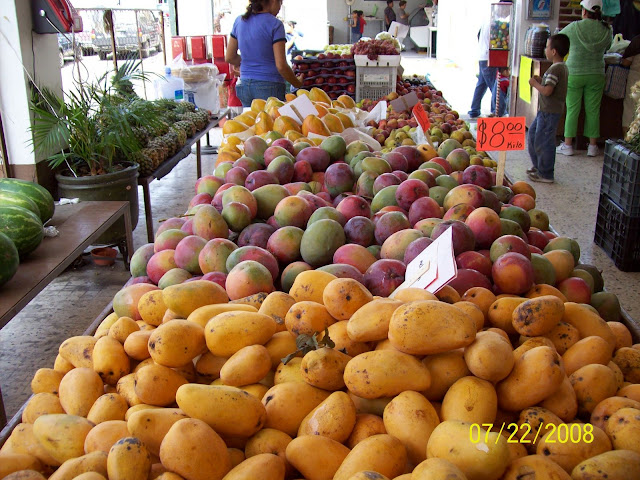 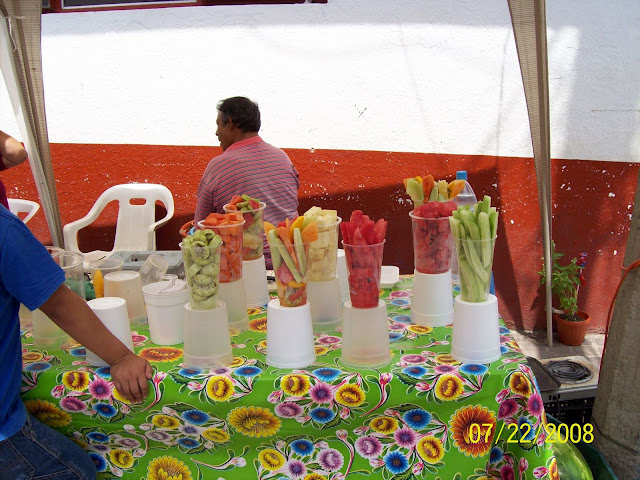 I’ll post some more photos that you may or may not have seen, but here is one of my truly favorite ones……that way we ‘save’ parking spaces in Joco (and in most of the pueblos around here, even in the great and mighty metropolis of Guadalajara).  And, oddly enough, they actually work.  Mexican drivers may ignore or take as mere suggestions stop signs, no passing double lines, and speed limits, but I’ve yet to see one ignore these: 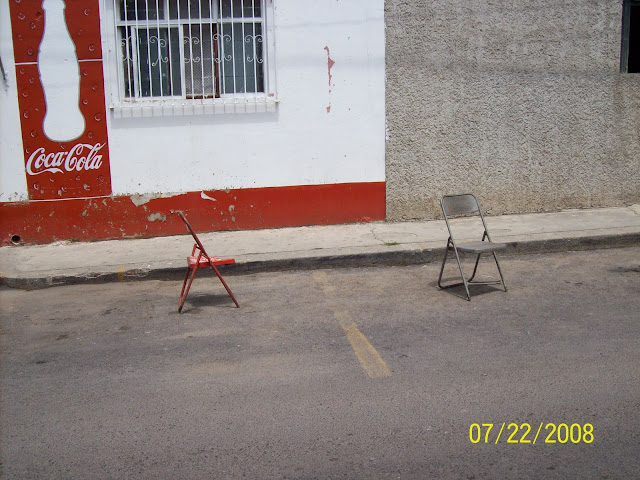 in april of 2008, i moved from the united states to mexico. during my working days, i held lots and lots of jobs....almost all chosen because they were fun or interesting instead of how much they paid. when i started thinking about retirement (in my 40s), i realized that i would never be able to retire to a country where english was the native language. and although i had traveled to every state in the US -- and lived in lots of them -- i had never been outside the country with the exception of canada and mexico. and since you now know that i could never afford to retire in canada (even to the french-speaking area), mexico won by default.
View all posts by Barbara →
This entry was posted in Churches, Food, Fun Stuff, Lake Chapala, Travel, Uncategorized and tagged Guadalajara, Joco, Jocotepec, Lake Chapala, Mexico, Tlaquepaque. Bookmark the permalink.

5 Responses to Photos…..Admit it, you want to see some!